Oops! It appears that you have disabled your Javascript. In order for you to see this page as it is meant to appear, we ask that you please re-enable your Javascript!
Skip to content
|||||

You are travelling and are making pictures. Years later, you look at these images again, but do you remember what exactly is on the picture, and where was it?
Often it would be nice to know at least where the images have been taken: with this information you can recover the subject you have taken when consulting a map.
So, using geotags and geotagging (assigning position to the taken image) is a way to organize your images.
We focus here on possibilities with modern geotagging methods in digital photography.

Geotagging is the task of assigning the geographic position (of capture), called geotag, to the photo. The position may be included in the header as Metadata (e.g. EXIF) of the digital image so that it is stored within the image.

What position do we want?

When you are travelling, what kind of map do you use? Is it a small scale street map (e.g. 1:300’000), is it a hiking map of 1:50’000 or is it a city map of 1:10’000? Or are you a professional that works with a cadastral plan of 1:1’000 or a construction plan of 1:250?
When using printed maps, we have a level of details and the generalisation of the reality based on the scale of the map which was done by the making cartographer, and therefor we need a corresponding precision of the photo’s position to use it together.

Nowadays, we more and more use dynamic digital maps as used in navigation systems, smartphones or on desktop or notebook. By using this tools and data, we often loose the feeling of scale: we zoom in and out, and some invisible algorithms may add or hide some objects on the map. But how accurate herein is the position ot the taken picture we are geotagging?

In other words: do we just need to know in which city or village we took the image? Or in which valley or at which lake was the image taken? Or when we visit a city and take a picture of a building, do we just want to know the street or square or even the adress and house number?

But another question is: are we interested in the position of the image-taking-position, or do we want to position ot the subject, e.g. the fountain itself that it can be mapped correctly?

What position do we get?

When geotags are set manually, we assign its position on a map manually. The quality (precision and accuracy) depend on the quality of the used map as well as our memories where we took the image. The controll of the position is ours. But the effort for geotagging all images may be immense.

When geotagging directly or semiautomated, nowadays we mostly use Global Navigation Satellite Systems (GNSS) like the American GPS, the Russian GLONASS, the Chinese BEIDOU, the European GALILEO, or combinations of it.
For using this geotagging sources, we need equipment with corresponding receivers. Ten years ago, such receivers supported GPS only, nowadays, more and more systems are built up and supported by geotagging tools, also depending on the availability of these systems. The combined usage may result in more accurate and reliable positions.

Theses systems need an open sky to get reliable positions. In theory, we need at least 4 satellites in a good constellation to calculate the position.
But in reality indeed, we take pictures in a mountain surrounded valley, in a city with high buildings and small streets or we stay within a lot of trees. These “surroundings parameters” as well as the quality of the receiver and its antenna influence the quality and reliability of the position.

When geotagging directly, the coordinates the camera come from the receiver are directly written into the header of the image (EXIF). The position is set “blind” without reliability controll of the position.

Semiautomated Geotagging uses an external GNSS-tracker that stores the track e.g. in a defined time interval. Based on the timestamp of the images, their positions are interpolated into the track using corresponding postprocessing software. The interpolated position may then directly be stored in the image header (EXIF), or a geometry dataset with the track and the assigned image positions may be generated for use in external software as mapping apps.
Before doing this interpolation step, you may check the correct timesetting (offset) of the camera as well as approving the track geometry with map data.

Manual Geotagging is a time-intensive method. You either can

When using Global Navigation Satellite Systems for geotagging, you get coordinates. In EXIF, the are stored in latitude and longitude, in degrees and its floating numbers. You can transform them in common map coordinates in meters or millimeters. But they are not as accurate as the coordinates suggerate upon their floating numbers

The more satellites you receive, the more accurate may be the result. On good conditions, you may get an accuracy und less then 5m, but often you are happy with 10m to 20m, or sometimes even less. The accuracy of the heigth is about 3 times less

When you directly store the geotag in the image, the accuracy of the coordintes gets lost, and due to the floatings of the coordinates, you may suggerate millimeters.

It is similar, when tracking your photo path and storing it. Commonly used apps also don’t store the accuracy of the verteces of the track. But when you e.g. use a smartphone or tablet for tracking, you find tools for which give you information about the accuracy of the current position.

Using geotags is a geospatial way to organize your photos. Assigning geotags may be done automated, semiautomated and manually. The different methods have all advantages and disadvantages (e.g. time of effort, accuracy). For selecting the method, it not only depends on the required equipment, but also the scope and your own requirements of your geotagged photos.
Be aware the the the positions have a restricted precision and accuracy depending of the used geotagging method and their accurate possibilities. 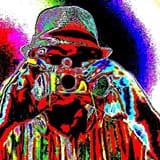 Latest posts by MindScaper (see all)

This site uses Akismet to reduce spam. Learn how your comment data is processed.

3D-Photography / Stereoscopy in a Nutshell
1,033 views